Do Not Disturb is one of my most-used features when it comes to my iPhone and iPad. That’s because sometimes I just want to watch a movie, play a game, or get productive without an app pinging me with notifications that would otherwise break my concentration.

Several iOS & iPadOS iterations later, Do Not Disturb has evolved a substantial amount. Whether you’re using the scheduled Do Not Disturb feature, muting individual conversations in the Messages app, or trying the new Focus features in iOS & iPadOS 15, there are now more ways than ever to curb distractions that come by way of notifications.

Despite all the things you can do with Do Not Disturb mode to enhance your entertainment or productivity, one thing was still missing with respect to its implementation by Apple, and iOS developer 0xkuj appears to have filled that void with the release of a new and free jailbreak tweak called CCDNDTimer.

Just as the tweak’s conspicuous name implies, CCDNDTimer adds a Do Not Disturb timer module to your Control Center interface so that you can conveniently initiate a timed Do Not Disturb session from almost anywhere in the operating system.

In the screenshot examples above, you’ll see that the module gets added to Control Center as a button. One tapped, you can enter both a start time and an end time for your custom Do Not Disturb session, and during that window of time, Do Not Disturb will shield you from any and all unwanted distractions.

After you install CCDNDTimer, you’re going to need to visit the Control Center preference pane in the Settings app and add the module to Control Center: 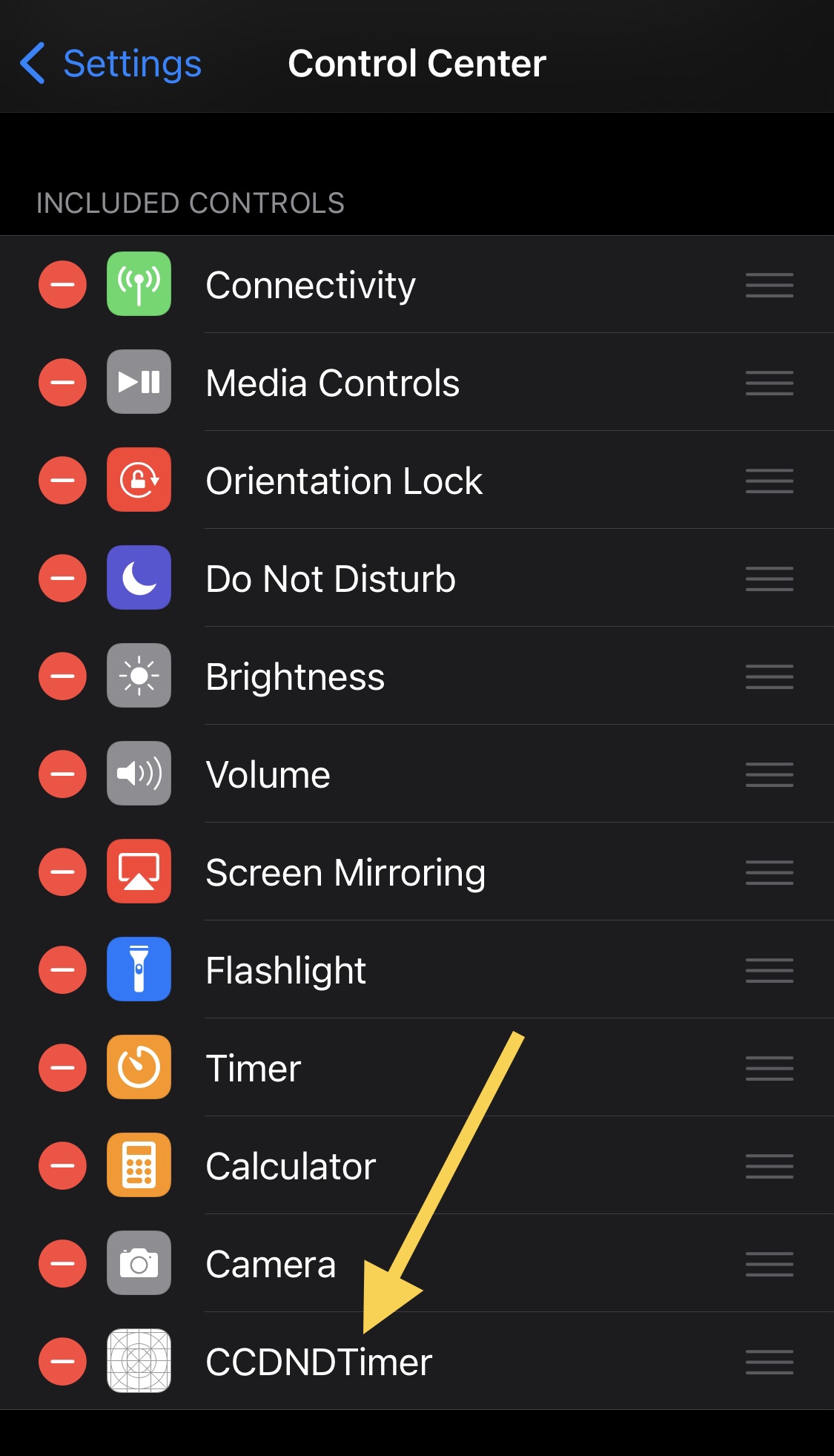 Citing the /r/jailbreak release thread, 0xkuj developed CCDNDTimer in response to a tweak bounty initially requested just under a week ago by /u/RTrek. So if you like the tweak, remember to give the conceptualist a big thank you for the idea.

Those interested in initiating custom Do Not Disturb sessions on demand from the comfort of their iPhone or iPad’s Control Center interface can download the new CCDNDTimer tweak for free from the Packix repository via their favorite package manager app.

The CCDNDTimer tweak supports jailbroken iOS & iPadOS 13 and 14 devices and is open source on the developer’s GitHub page.

Do you plan to take advantage of scheduled Do Not Disturb sessions with CCDNDTimer, or do you prefer manually enabling and disabling the feature yourself? Either way, let us know in the comments section down below.

Some of the best time-oriented jailbreak tweaks for iOS 14